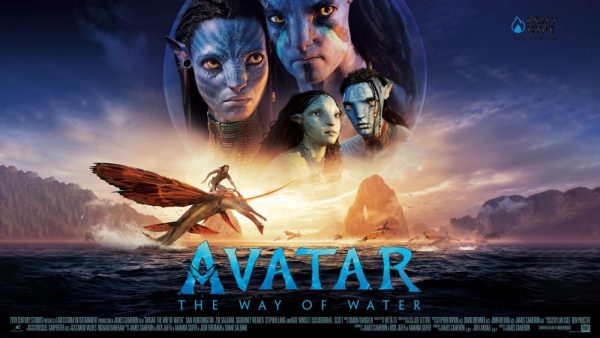 When Avatar: “The Way of Water” was announced, fans of the original film were excited to see where the story would go next. The sequel, which was released in theaters and on streaming platforms earlier this year, has been met with mostly positive reviews, with many praising its stunning visuals and emotional depth. In this review, we’ll take a closer look at what Avatar: “The Way of Water” has to offer, and whether it lives up to the hype.

Avatar takes place several years after the events of the first film, with Jake Sully (Sam Worthington) and Neytiri (Zoe Saldana) living in Pandora with their children. The film follows their journey as they seek to protect Pandora’s oceans from human exploitation, and as they come to terms with their place in the world.

The story is emotionally resonant and poignant, delving into themes of family, identity, and environmentalism. The film does a good job of building on the characters and relationships established in the first film and introduces several new characters who are well-developed and likable.

It’s no secret that Avatar films are known for their groundbreaking visuals, and Avatar: “The Way of Water” is no exception. The film is a feast for the eyes, with breathtakingly detailed and realistic environments, creatures, and effects. The use of 3D is particularly effective, adding depth and immersion to the on-screen action.

The cast of “The Way of Water” delivers strong performances across the board, with Worthington and Saldana reprising their roles as Jake and Neytiri with conviction and emotion. The film also introduces several new characters, including Dr. Karina Mogue (Kate Winslet), a scientist who is working on Pandora, and Tuktirey (Britain Dalton), Neytiri’s younger brother. Both Winslet and Dalton deliver standout performances, bringing depth and complexity to their respective roles.

James Cameron, the director of Avatar, is known for his attention to detail and dedication to creating immersive and realistic films. In an interview with The Hollywood Reporter, Cameron discussed the process of making Avatar and the amount of time and effort that went into creating the film’s groundbreaking visuals and effects.

According to Cameron, making a movie like Avatar requires a “one-year apprenticeship.” He explained that the film’s complex visual effects and design required a team of highly skilled and trained artists, who had to undergo extensive training and practice before they were ready to work on the film.

Cameron also emphasized the importance of working with a talented and dedicated cast and crew. He said that the film’s success was due in large part to the hard work and commitment of the team, who were willing to put in long hours and go above and beyond to bring the film to life.

Overall, it’s clear that Cameron is passionate about his work and committed to creating the best possible product. His dedication and attention to detail are evident in Avatar, which is a visually stunning and emotionally resonant film that lives up to the legacy of the original Avatar.

Avatar: The Way of Water is a visually stunning and emotionally resonant sequel that builds on the themes and characters established in the first film. Its performances, visuals, and story are all top-notch, and it’s a worthy addition to the Avatar franchise. If you’re a fan of the first film, or if you’re just looking for a visually impressive and emotionally satisfying sci-fi epic, give it a watch.