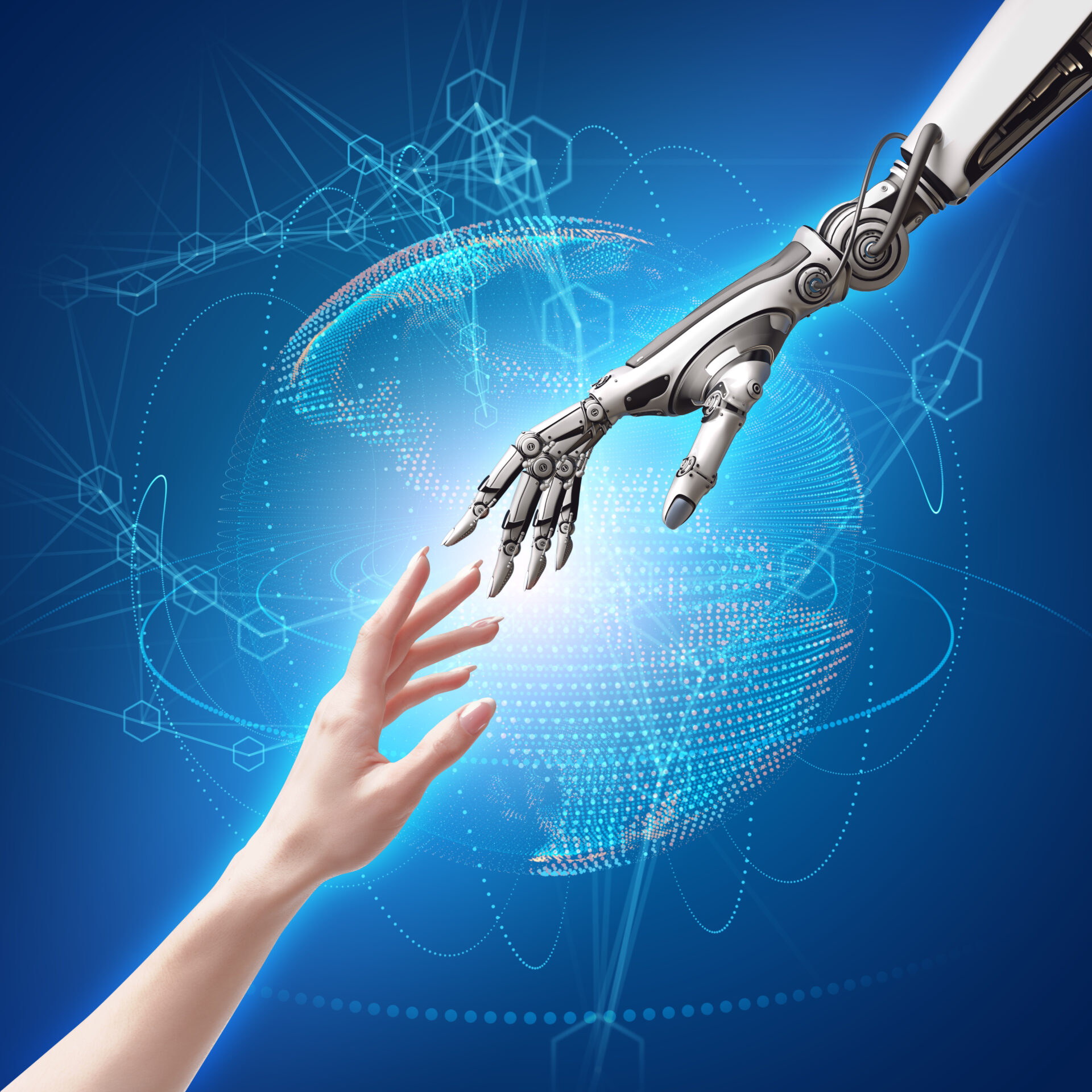 As we’ve all noticed –  The AI Revolution Is already here and happening now. AI has been around for decades, but recently it has become more relevant than ever while machines are starting to think like humans.

Leveraging Artificial Neural Networks for Machine Intelligence is becoming increasingly popular, as it provides businesses with a powerful tool to make better and faster decisions. This technology allows machines to learn from past data or experiences in order to improve their performance over time.

By simulating the human brain’s neuronal networks, ANNs can quickly identify patterns in large datasets that would be too complex for humans or traditional computer algorithms. Furthermore, these networks are capable of learning from new data sets and adapting to changing environments – allowing them to make predictions about future outcomes based on limited information.

This makes them extremely useful for applications such as predicting customer behavior or identifying anomalies in financial transactions. Additionally, ANNs can significantly reduce the amount of time needed for decision-making processes since they are able to automate much of the work typically carried out by humans.

The use of Artificial Neural Networks is a game changer when it comes to machine intelligence, no longer do businesses have only simple rule-based systems at their disposal when making decisions.

Now they have access to more sophisticated tools which allow them to leverage far more information than ever before possible without sacrificing accuracy or speed. With this newfound capability comes great potential. Businesses can use neural networks not only to streamline existing processes but also to uncover previously hidden insights from large amounts of data that were inconceivable before this breakthrough technology was available.

What Are Neural Networks

Neural networks are a type of artificial intelligence that uses complex algorithms to mimic the behavior and structure of neurons in the human brain. By connecting nodes, or “neurons”, together in multiple layers, neural networks are able to form connections between inputs and outputs which can be used for prediction or classification tasks.

Each type is designed with specific objectives in mind: RNNs are best suited for time series data, CNNs excel at image processing tasks and LSTMs provide improved performance when dealing with sequential data.

Neural network architectures can also be combined to create powerful models capable of very complex computations such as natural language processing (NLP). By leveraging these powerful tools, businesses can gain access to insights previously unavailable due to their complexity.

How do Neural Networks Work

Neural networks are composed of a series of layers, each with its own set of input and output nodes. The first layer takes in data from the outside world, this is then passed to the second layer for further processing.

Each consecutive layer continues processing the data until it reaches an output node which produces a result or prediction based on all prior inputs. In order to produce accurate results, neural networks must be trained using large datasets and supervised learning algorithms.

During training, weights are applied to connections between layers so that they can adjust their performance based on feedback from previous iterations. Eventually, when enough data has been processed by the network and its weights have been fine-tuned correctly, it will be able to accurately recognize patterns in new data sets as well as make predictions about future outcomes without additional guidance from humans.

The power behind neural networks lies in their ability to self-learn through trial and error rather than relying solely on preprogrammed rules as traditional computer systems do.

This makes them extremely useful for tasks such as natural language processing (NLP) where understanding context is essential, unlike rule-based systems that require explicit instructions for every situation. They encounter, neural networks using contextual clues within their training dataset to understand complex relationships between words or phrases and determine appropriate responses accordingly.

They also offer faster response times since many calculations can be performed simultaneously due to their parallel nature – allowing them to process far more information at once than traditional methods could ever hope to achieve alone.

Neural networks provide businesses with a powerful new tool to help them make more accurate and informed decisions. By leveraging these complex algorithms, they can gain insights from large amounts of data that were previously inconceivable.

Neural networks are capable of self-learning through trial and error rather than relying solely on preprogrammed rules as traditional computer systems do, this allows them to understand contextual clues within their training datasets in order to better recognize patterns and make predictions about future outcomes.

Since many calculations can be performed simultaneously due to their parallel nature, neural networks are able to process far more information at once than traditional methods could ever hope to achieve alone. Drastically reducing the amount of time needed for decision-making processes.

Ultimately, businesses that utilize neural networks will be well-positioned for success in today’s fast-paced business environment as they have access to unprecedented levels of intelligence which enable them quickly uncover valuable insights from large amounts of data.

How to Leverage Neural Networks For Machine Intelligence

Neural networks are highly effective tools for creating machine intelligence as they are able to self-learn through trial and error rather than relying solely on preprogrammed rules as traditional computer systems do. This capability allows them to identify patterns in data that may be too complex or nuanced for a human mind to detect, allowing businesses to gain insights from their data previously unavailable due to its complexity.

By leveraging neural networks, businesses can make more informed decisions faster by taking advantage of the parallel nature of these models which enables them to process large amounts of information simultaneously.

The key factor when it comes to leveraging neural networks is understanding how they work and what type of network architecture fits best with the specific task at hand. For example, recurrent neural networks (RNNs) will perform best when dealing with time series data while convolutional neural networks (CNNs) excel at image processing tasks.

Once an appropriate architecture has been chosen, businesses must also ensure that their neural network is properly trained using supervised learning algorithms so that it can accurately recognize patterns in new datasets as well as make accurate predictions without additional guidance from humans.

When done correctly, implementing machine intelligence using a powerful tool such as a Neural Network can give any business an invaluable edge over its competitors by enabling timely decision-making based on precise insights derived from massive amounts of data quickly and reliably

Neural networks have seen tremendous advances over the years, and their potential in various sectors is steadily increasing. In the near future, they are expected to be used in a multitude of applications from healthcare to finance and beyond. As neural network technology becomes more sophisticated and reliable, businesses will be able to quickly analyze large datasets for insights into customer behavior or market trends that would otherwise take an extended period of time for manual analysis.

As these models become capable of performing complex tasks such as natural language processing (NLP), autonomous vehicles, or even medical diagnosis with greater accuracy than ever before. It’s easy to see how powerful this technology can truly become in the years ahead.

In addition to expanding their use cases in industry sectors, neural networks are also being employed more recently for creative endeavors such as music composition and art creation. By leveraging generative models that generate novel outputs based on learned patterns within a given dataset.

Artists now have access to some amazing new tools which allow them to create unique works by harnessing the power of AI-driven creativity. This is just one example of how neural networks offer immense potential when applied creatively, it’s likely we’ll continue seeing great strides made toward unlocking this kind of innovation moving forward too.

All things considered, there is no doubt that neural networks will play a major role in our lives going forward – from making decisions quicker and easier than ever before down to creating stunning works of art with machines doing most if not all the work – only time will tell what other wonders we can achieve with AI at our disposal.

By leveraging Artificial Neural Networks for machine intelligence, we can create a multitude of highly advanced applications from identifying objects in images and video to creating language translators. This technology is an incredibly powerful tool that could revolutionize the way humans interact with machines.

Although this technology is still in its infancy, it has immense potential for many transforming industries such as healthcare, automotive, retail, and finance. As we continue to exploit the power of neural networks and gain a better understanding of their intricacies, exponential advancements will be made which will drastically improve our quality of life.