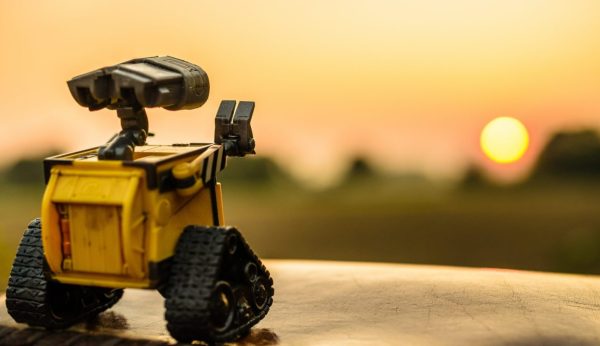 Robotics Industry is rapidly growing, with applications in many different sectors. As technology advances, the potential for robots to be used in a variety of ways is becoming increasingly apparent.

From manufacturing to healthcare and beyond, robots are being developed that can automate tasks and improve efficiency. This has led to speculation about what the future of robotics might look like. With advancements in artificial intelligence, machine learning, and automation technology, robotics is set to play an even bigger role in our lives as we move into the future.

In the past, robots have primarily been used in manufacturing. They help decrease production costs and increase productivity. In the future, robotics could be used in any field, as they are being developed to assist with a wide variety of tasks.

The Current State of The Robotics Industry

These robots are now being used in various industries, such as manufacturing, healthcare, agriculture, and transportation, to automate processes and improve efficiency. The use of robots in manufacturing in particular has had a significant impact on the industry, reducing costs and increasing productivity.

Additionally, the development of robots specifically for healthcare applications has the potential to revolutionize the way medical procedures are performed and patient care is delivered. The future of the robotics industry looks bright, as advancements in artificial intelligence and automation technology are expected to lead to even more sophisticated and versatile robots capable of performing even more complex tasks.

Technology advancements have been driving the growth of the robotics industry for decades. From autonomous vehicles to robots performing complex tasks, the latest technology developments are changing the way we interact with robots.

These advancements in robotics technology have enabled businesses to automate processes that were previously too difficult or time-consuming to complete manually. This has allowed them to increase efficiency while reducing costs associated with labor and materials. In addition, these advancements have enabled new applications such as robotic surgery, manufacturing automation, and even social interaction with humans.

The introduction of the first industrial robot, Unimate, in 1961 at the General Motors plant in Ewing Township, New Jersey marked a major milestone in the development of automation and robotics. This was the first time a machine was used to automate a task that had previously been done by humans. Since then, robots have been used to perform various tasks with greater accuracy and efficiency than humans.

The implications of this technology are far-reaching and can be seen across many industries today. Automation has allowed companies to reduce labor costs while increasing production output.

It has also enabled them to produce higher-quality products with fewer defects. Additionally, robotics and other forms of automation have enabled businesses to increase their productivity and efficiency while reducing human error. As technology continues to advance, it is likely that robots will become even more ubiquitous in our lives as they are increasingly used for more complex tasks.

Predictions for the future of the robotics industry

The robotics industry is rapidly evolving and has been making great strides in recent years. As technology continues to advance, we can expect to see more collaboration between humans and robots. This will open up a whole new world of possibilities for the robotics industry, from robots performing mundane tasks to more complex tasks that require human input.

We can also expect to see advancements in artificial intelligence (AI) and machine learning (ML). AI and ML will enable robots to become smarter, faster, and more efficient. The possibilities are endless when it comes to what robots may be able to do in the future. We may even see robots that are capable of collaborating with humans on projects or tasks that require a high degree of skill or expertise.

The future of robotics looks very promising as we continue to make progress in this field. Looking at the future of robotics, the possibilities of collaboration between humans and robots will expand, allowing us to take advantage of technological advances for both commercial and personal use.

Robotics is a rapidly growing industry with applications in many different sectors. With the advancements in artificial intelligence, machine learning, and automation technology, robotics is set to play an even bigger role in our lives as we move into the future.

The potential for robots to be used in a variety of ways is becoming increasingly apparent, from manufacturing to healthcare and beyond. Robots are being developed to automate tasks and improve efficiency. In the past, robots have primarily been used in manufacturing to decrease production costs and increase productivity.

In the future. They are being developed to assist with a wide variety of tasks such as measuring vital signs and administering a medication that would otherwise require doctors to do manually.

They also can provide feedback more accurately than humans can through sensors so professionals can make more informed decisions about patients’ conditions. However, there are also some ethical and social implications of the increasing use of robotics such as job displacement and privacy concerns.