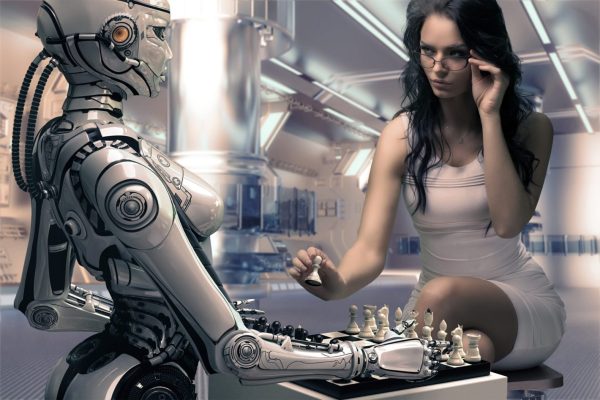 Artificial Intelligence (AI) is a field of computer science that deals with making machines think like humans. AI has been around for decades, but recently it has become more important because of the rise of technology.

The term ‘artificial intelligence’ was first used by John McCarthy, an American professor at Stanford University, in a lecture he gave at Dartmouth College in June 1956.

The AI revolution and Data Generation

The world is changing at a rapid pace. The way we live our lives has changed drastically over the past century. With the advancement of technology, there are more things that can be done than ever before. One of these things is data generation. Data generation can have many different uses within an organization.

Data is the lifeblood of our modern world. It is essential for businesses to store, process, and analyze data in order to make informed decisions that can improve their operations. The amount of data being produced every day has grown exponentially over the past decade, which has created a need for new methods of storing and analyzing this information.

AI can be used by organizations to improve their business operations.  The Artificial intelligence revolution (AI) has emerged as a powerful tool that can help organizations extract insights from large amounts of data more efficiently.

One of the Technological Revolutions in history

It has been said that AI will be one of the most significant technological revolutions in history, and it’s already here. AI is now being applied to many different fields such as computer vision, natural language processing, and autonomous vehicles. AI has already made its mark on society and it seems to be growing exponentially every year.

The AI revolution is the era of the creation of intelligent machines. AI has the potential to change our world in many ways, from helping us to do our jobs better to take over some of these jobs completely.

One area where AI could have a huge impact is healthcare. In the future, it could be possible for doctors and nurses to be replaced by robots that can diagnose patients and administer medication more accurately than humans can. However, this technology is still in its early stages and it will take time before we see it being used widely in hospitals around the world.

But what about humans’ future jobs? As for the future of jobs – AI and robotic systems might take some jobs away from humans but it’s predicted that by 2025 they will also create new ones, especially in software engineering.

There are several jobs that AI will not be able to replace. These fields might assist AI technology but Robots and AI won’t be able to replace empathy. Such professions would be Therapists, Social workers, Psychologists, Lawyers, and Medical experts.