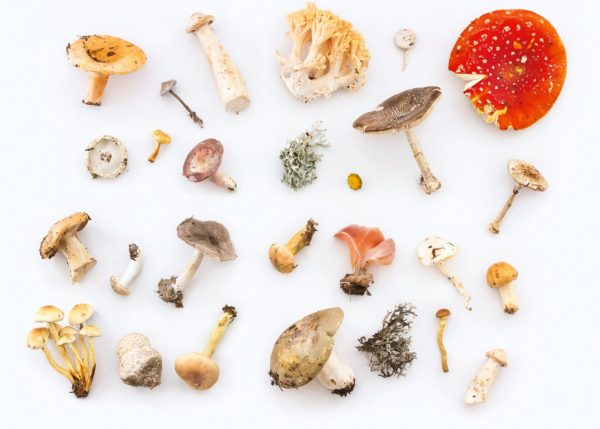 As we move into the New Year, there is a growing trend that has shown to be a promising solution for overall wellness and self-care – the humble magic mushroom. For those unfamiliar with their potential, magic mushrooms have been used in breakthrough therapies to help aid depression, and smoking cessation programs and even as an aid to creativity and openness.

Though relatively new on the wellness scene, if you’re looking for natural solutions for physical and emotional well-being in 2023 then magic mushrooms should certainly be on your wishlist.

Magic mushrooms have been used in some exciting therapy for those dealing with depression. Recently, a group of researchers conducted an experiment to test the efficacy of psilocybin, a compound found in certain types of magic mushrooms, as an antidepressant. After administering the compound to participants who were suffering from major depressive disorder, they found that after just one treatment session their symptoms had significantly improved.

What’s more, these results were maintained throughout the six-month follow-up period. This suggests that magic mushrooms could be incredibly effective at treating depression and may even provide long-term relief from its debilitating effects. With further research into this promising field of therapy, it looks like magic mushrooms might prove to be a powerful tool for managing mental health issues.

Smoking cessation can be an arduous journey, especially when trying to kick the habit alone. But what if there was a way to help make it easier? Magic mushrooms may provide the answer. Recently, a study conducted in Canada found that psilocybin, a compound found in certain types of magic mushrooms, could be extremely effective at helping people give up smoking and remain smoke-free for longer periods of time.

The participants who took part in the experiment were all long-term smokers who had unsuccessfully tried to quit before. After receiving just two doses of psilocybin over 8 weeks, they experienced significantly reduced nicotine cravings as well as decreased withdrawal symptoms compared with those taking placebo capsules. What’s more, follow-up interviews after six months revealed that 80% of them were still not smoking or had only done so on rare occasions.

The results from this experiment suggest that magic mushrooms could prove invaluable for those looking for natural solutions to break their addiction and finally end their reliance on cigarettes once and for all. With their potential therapeutic benefits, these fascinating fungi might indeed hold the key to unlocking successful quitting strategies.

The power of creativity and openness to unlock our potential is well-known, yet often overlooked in favor of conventional solutions. But what if there was a way to tap into these vital abilities that didn’t require us to rely solely on traditional methods?

Enter the humble magic mushroom – a natural solution with the potential to help boost creativity and openness in ways we may never have thought possible.

Recently, research has found that psilocybin, a compound found in certain types of mushrooms, can significantly increase feelings of self-acceptance, open-mindedness, and insightfulness when taken in small doses. This means that taking just one dose of this unique fungi could potentially have profound effects on your overall well-being by helping you become more creative and open to new ideas or concepts.

What’s more, this newfound sense of freedom could also lead to increased productivity as it allows us to think outside the box without feeling restricted by our current circumstances or environment. So if you’re looking for an all-natural way to nurture your imagination and enhance your problem-solving skills.

Why They Should Be On Your Wellness Wishlist in 2023

Magic mushrooms are relatively new on the wellness scene, but they are quickly becoming a staple in many people’s health and happiness routines. In 2023, these versatile fungi should definitely be on your wellness wishlist. For starters, research has found that psilocybin – a compound found in certain types of magic mushrooms – can have powerful antidepressant effects with just one dose. 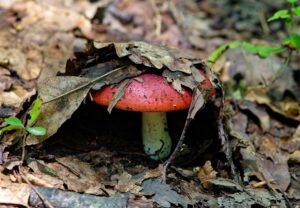 With an increasing number of studies showing its potential to help manage mental health issues like depression and anxiety, it looks like this natural remedy could be extremely beneficial for those looking for alternative approaches to tackling their mood disorders.

In addition to their therapeutic benefits, magic mushrooms may also offer some unique advantages when it comes to creativity and productivity. Studies suggest that taking small doses of psilocybin could increase feelings of openness and insightfulness – leading to enhanced problem-solving skills as well as greater artistic expression.

So if you’re looking for something that can give you an extra boost in 2023 then why not make magic mushrooms part of your daily routine? With its potential therapeutic applications combined with the possibility of unleashing our creative potential – there is no better time than now to add these fascinating fungi into our lives.

The use of magic mushrooms in psychotherapy has exploded in popularity and could potentially revolutionize the way that people look at mental health and wellness. In the span of a few short years, magic mushrooms have been proven to be an effective treatment for depression, smoking cessation, and even increasing creativity. Although still relatively new and shrouded in stigma, these miraculous fungi should absolutely be on your wellness wishlist by 2023 and beyond.

As we’ve seen so far, magic mushrooms have the potential to transform medical treatments and help alleviate or even cure many types of illnesses – both physical as well as psychological. With continued research into its proper use, there is no limit to what we may discover from this newfound aid in our well-being.